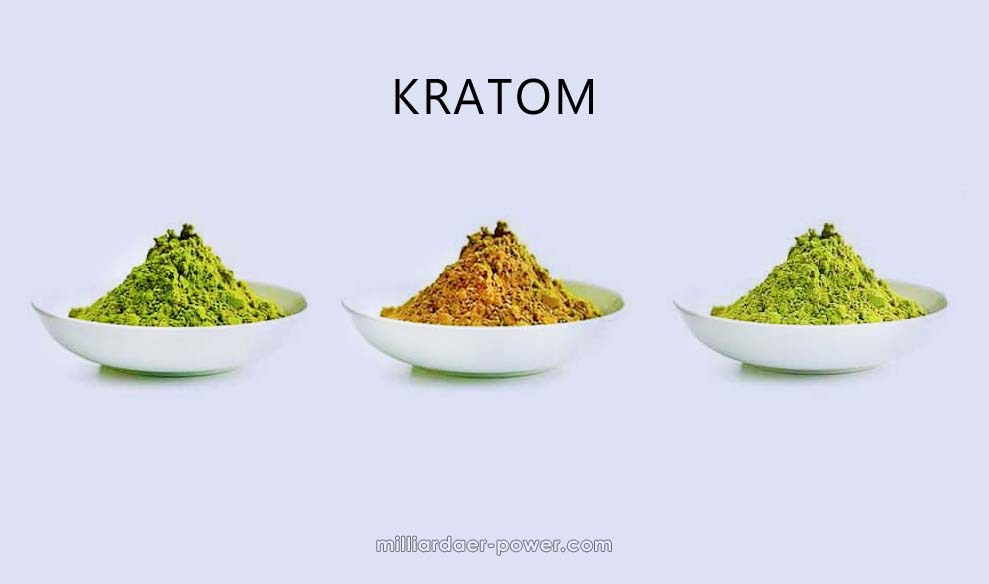 Special leaf, Kratom (Mitragyna speciosa Korth) is a tropical species of the family Rubiaceae or still, a family with coffee plants can be found in Southeast Asia such as Thailand, Indonesia, Malaysia, Myanmar, and the Philippines. However, the largest population of kratom is actually in Kalimantan.

Kratom is a sturdy plant with a rooted type which has slightly wide and finned leaves. The trunk is fat, can reach a diameter of 0.9 meters when 10-15 years old. The most typical part is around and jagged flower that usually grows at the end of the stem. Kratom grows naturally and quickly in degraded lands especially rivers and tidal swamps. In parts of East Kalimantan, there are many kratom spreads in the City of Bangun, Kutai Kartanegara. While in Samarinda, the plant grows on the edge of the Karang Mumus River in the north of the city.

Kratom commodity in Kalimantan is centered in West Kalimantan, precisely in Kapuas Hulu Regency for export. The leaves are processed from cultivation in the garden and yard. The economic impact of this kratom plant is very pronounced. Kratom for sale at Rp. 1,500 – Rp. 3,500 per kilogram for wet leaves. While dry leaves range from Rp. 17 thousand to Rp. 27 thousand.

Researchers from the Development of Forest Ecosystems, Dipterocarpus, argue that the efficacy of the kratom leaf comes from the two active substances it contains. The two substances are mitragynine and 7-hydroxy mitragynine. Both of these compounds have analgesic effects, almost the same as the effects of pain medications. In low doses, kratom provides a stimulant effect. Someone will feel they have more energy, are more alert, and are happier.

While for higher doses, the effect of kratom is almost the same as opiate compounds, namely the analgesic effect (pain reliever) and sedation (sedative. Given the ability of this leaf, many refer to it as a paradise leaf from Kalimantan. Kratom is still a family with coffee. dependence effect is also similar to coffee, if consumed improperly, it will result in addictions such as caffeine dependence, however, the Kratom effect is no more dangerous than cannabis and cocaine.The process of kratom leaf processing determines the most produced effect.

Weakened kratom leaves from all over Kalimantan are collected and sent to West Kalimantan to be processed into kratom flour. Furthermore kratom flour is exported to the United States, Canada, Saudi Arabia, India and Europe. The United States is the largest kratom importer from Kalimantan. In the 2015-2018 period, total kratom exports from West Kalimantan reached 4,800 tons. The income of the farming community from kratom processing has reached Rp.49.2 billion in 4 years.

As the largest kratom importer, the United States already holds five patents of the derivative of mitraginin and 7-hydroxymitragynin. However, researchers from the United States also initiated that the addictive substance kratom is ten times more dangerous than cannabis and cocaine. The Ministry of Health recommended that Kratom be included in group I narcotics (equivalent to cannabis, cocaine, heroin and opium).

For traditional and simple use such as brewed, the effect is not as big as cocaine. There is an antidote to suppress mitraginin in kratom. At present, kratom is still legally planted and traded. Research is still being done in more depth about the impact of the use of kratom on health.

Any cookies that may not be particularly necessary for the website to function and is used specifically to collect user personal data via analytics, ads, other embedded contents are termed as non-necessary cookies. It is mandatory to procure user consent prior to running these cookies on your website.